When last week’s issue went out, Ben was showing the What is a Raspberry Pi? animation at BETT 2014 in London, which was well received both there and on the web. Again congratulations and thanks to our friends at Saladhouse. Meanwhile, Eben explained Dogecoin (wow) to Rory Cellan-Jones on a BBC Tech podcast.

Today Ryan is at Pi Towers again working on robots with Ben, while Matt (aka The Raspberry Pi Guy) is also visiting and will be undertaking the famous Gordon Hollingworth soldering challenge.

This evening Ben will travel to Brussels for the weekend to attend FOSDEM, an event for free & open source software developers – where he’ll finally get to meet some of the Linux Voice team who area also attending. We continue to thank Linux Voice as they will be sponsoring Pi Weekly for another month. Remember the magazine launches towards the end of February and you can buy subscriptions from shop.linuxvoice.com

Just a week to go till the Cambridge Raspberry Jam (sold out), which Ryan and Ben are both attending. And just four weeks away is the Jamboree in Manchester! Be sure to grab your ticket soon.

See you next week 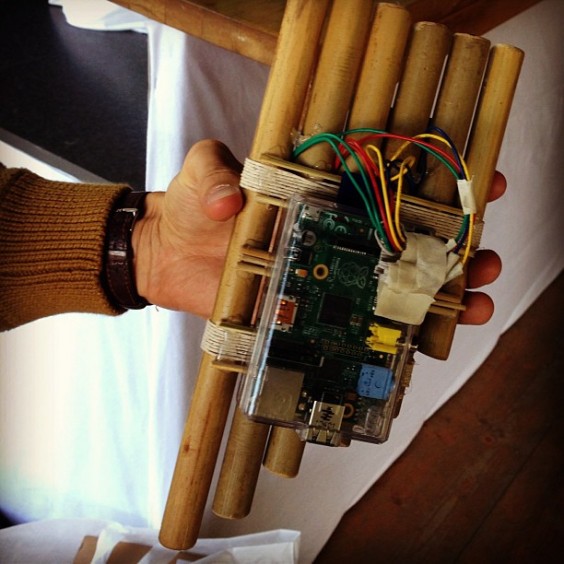 Panflute Pi hack complete with competitive gameplay. You can’t make this stuff up.