This week Ben went to FOSDEM in Brussels, and Ryan had the launch of his motor board on Adafruit featured by Eben Upton on the Raspberry Pi site.

Ben also saw Festival of the Spoken Nerd while on the Cambridge leg of its tour. FOTSN is a brilliant science comedy show. Raspberry Pi was mentioned a number of times! We highly recommend you go see it if you get chance.

We added a search functionality to the website so you can easily find links from past issues by entering a keyword. We also added a feature so that you can visit piweekly.net/latest and it will direct you to the most recently published issue.

Ryan completed his second day of work experience at Pi Towers where he wrote some robot controller code with Ben and hacked some lapdocks. He is also there again today for more robotics fun.

Tomorrow we will both be attending the fifth Cambridge Raspberry Jam at the Institute of Astronomy – come say hello to us if you’re coming along! 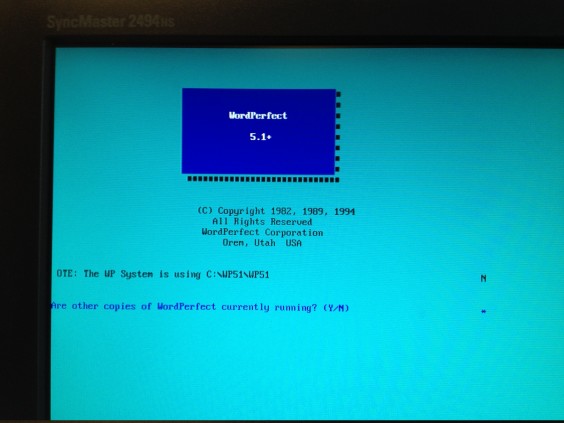 DaveSpice plays with WordPerfect in the 8086tiny emulator on Pi