Welcome to Issue 26 of Pi Weekly – this marks six months since we launched!

Ben and Ryan both attended the Cambridge Raspberry Jam at the weekend, where Ryan presented his motor board. There was some cake – and we each spent money on kit! Carrie Anne was there signing books, and we got to see Alex from RasPi.tv with the prototype HDMIPi (in the Prototype pibow case from Pimoroni). The next event was announced for 8th February – see recantha.co.uk for the call for presentors and workshops.

The Foundation announced this week that they will be giving away 2000 of the Google Pi kits in a competition. One side of the competition will be for teachers to apply for up to twenty kits for their school, and the other side will be for under 18s to send in posters of ideas for Pi projects! It will go on over Christmas and winners will be announced by the end of January.

Congratulations to Linux Voice – who surpassed their target of £90,000 on indiegogo. We’re beaming about this – can’t wait to see it become a reality! 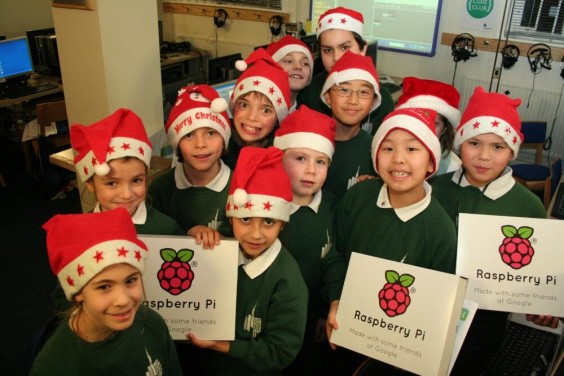 The Code Club at St Saviour’s C of E Primary School in Paddington, London were grateful for the Google Pi kits they received