This week, Carrie Anne and Dave Honess started working at the Foundation, joining Clive and Ben on the education team.

In other news, Intel announced an SD card sized computer called the Intel Edison, which everyone’s been comparing to the Raspberry Pi, for some reason, and hoping it will be in the same price range. As great an innovation this is, we doubt very much it will be in the affordable realm.

There are plenty of Raspberry Jams and other Pi events going on in the next few weeks – and if you know of any others, please tell us about them.

Oh – and last week’s issue of Pi Weekly was translated in to French by Manuel Esteban. This will continue each week, which is great for our outreach further afield. 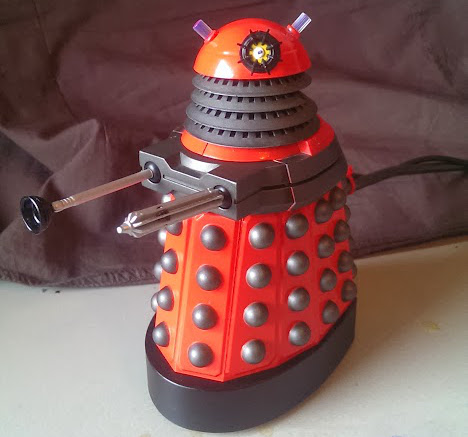 A Case for the Raspberry Pi made from a toy Dalek