On Monday, Ben attended the Pi Makers weekly session at MakeSpace, and today Ryan is spending the day at Pi Towers on his work experience (by special invitation). Next week Ben will be attending BETT 2014 in London with Clive, Carrie Anne and Dave representing the Raspberry Pi education team with OCR.

Dave from the Foundation went to a book signing to meet astronaut Chris Hadfield this week, and gave him the gift of a Raspberry Pi. We hope he finds a use for it. Dave also joined twitter – he’s @dave_spice!

All the videos of talks from Manchester Raspberry Jam XVI in November are now online thanks to Les Pounder. Go check them out.

We found an interesting article on linux.com about breaking away from proprietary software – well worth a read: Going Against the Grain. On the same subject, we also found some short videos from a discussion on Open Source Software vs. Proprietary Software – with open source well defended by Preston based web development company director Jeremy Coates.

It was just announced by Young Rewired State that the YRS Festival of Code 2014 (28 July – 3 August) is now open for registration for attendees and centres. 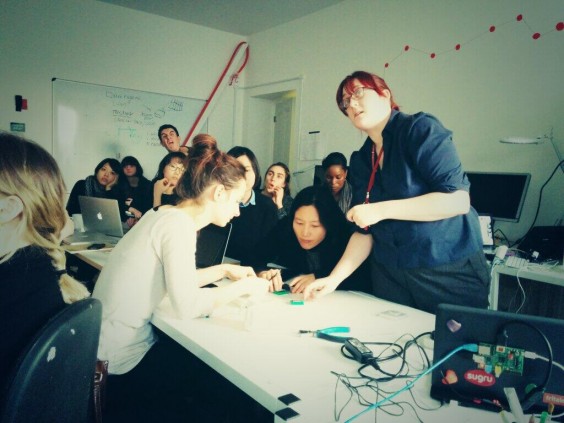