This week Ben visited the Pimoroni workshop while staying with family in Sheffield, and Ryan got all his robotics kits shipped to buyers.

We welcome our new sponsor – Linux Voice. We supported them through their Indiegogo campaign which ended successfully in December – and we look forward to the launch of the magazine in February. The guys behind this are the original Raspberry Pi journalists and have openness and community at their core.

In other news, you can get 50% off Raspberry Pi books this week only from the awesome people at O’Reilly with code WKRSPBRY. Also, The Raspberry Pi hit the 2.3 million overall sales mark at the end of December, which is outstanding. 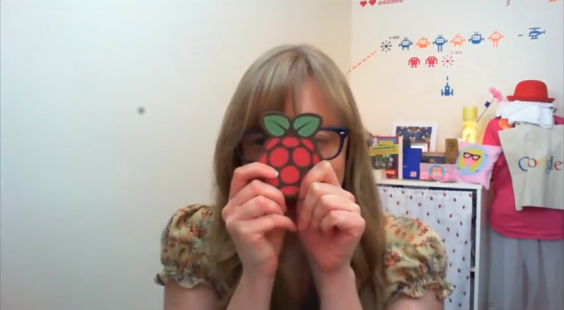 Carrie Anne Philbin made a big announcement in this week’s episode of Geek Gurl Diaries – that she’ll be working at the Raspberry Pi Foundation (starting on Monday), where Ben and the rest of the team are looking forward to having her on board.