Ben has now returned from his holiday in Berlin and is now enjoying the last few days before he goes back to work. Check out his extensive blog post about the trip. Somehow he managed to accidentally leave a Raspberry Pi (complete with PI Lite and SD card) in with his washing when he got back. It’s currently drying out in a container of rice – he’ll try booting it to see if it still works!

Ryan announced his new project RPiDNS this week along with also working with Martin O’Hanlon and David Whale to import little Raspberry Pi markers into a Minecraft world from Rastrack. 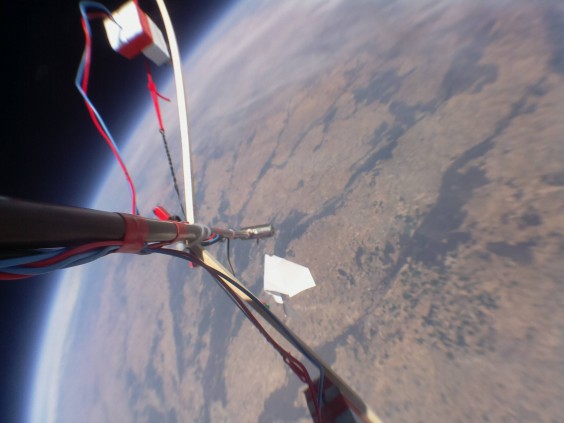 Image from Dave Akerman‘s LOHAN flight, taken by a Raspberry Pi camera through a wide-angle lens

Bytemark Hosting is the UK’s “geek hosting outfit of choice” because its programmer & network-engineer team have built it that way since 2002, with their own tools, software and technical expertise. They understand web applications and network infrastructure equally, and host names such as Bostik, Carling.com and Britain’s largest mystery shopping company, Retail Eyes. Their hosting starts at only £15 per month and runs to multi-site managed setups for customers with the fussiest demands of reliability and failover.