This week the Foundation Education team announced a free professional development workshop for primary and secondary teachers, to be led by Carrie Anne and run at Pi Towers in Cambridge.

James Hughes – a Broadcom engineer who works on the camera software in his spare time – this week released code to allow video to be captured at 90 frames per second – and people sent in videos they’d made in these modes, which are quite incredible!

Linux Voice Issue 2 is out now – it features kernel module development, building a Raspberry Pi arcade, a section on Grace Hopper and an interview with 3/4 of the Foundation’s education team: Ben, Clive and Carrie Anne, conducted at the Jamboree.

Ryan’s budget robot kit fundraiser hit its £1000 target in under 24 hours – and now sits at over double that. Meanwhile, kickstarter success guru Alex Eames has announced he’s bringing out three new add-on boards through RasP.iO, who we welcome as sponsors this week. 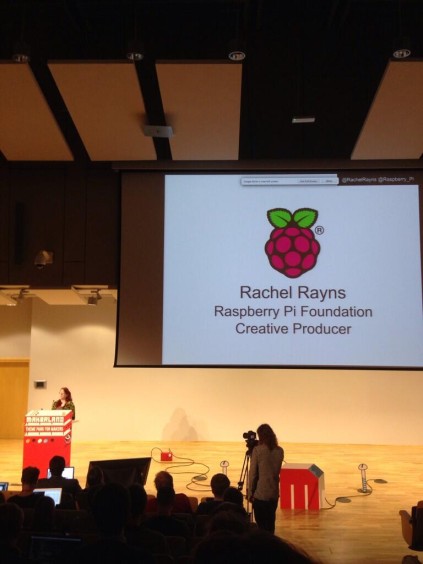 Connect Male or Female wires to any port with RasPiO Breakout, (and detach projects from your Pi without wrecking your wiring)
http://rasp.io/breakout/