This week I’ve been in Liverpool setting up the Neurotic Machines exhibit at FACT (the Foundation of Art and Creative Technology) in Liverpool with Rachel. It’s now open to the public so if you’re in Liverpool do go and see it! There’s a planet simulator control panel, a vertical garden and a set of capacitive touch musical plant pots. More details coming to the Raspberry Pi blog soon. There are also workshops for personal robotic plant monitoring devices to go alongside the exhibition – sign up for them free at fact.co.uk.

Also this week, the rest of the Foundation’s Education Team ran Picademy South West in Exeter, and announced the upcoming Picademy #11 in Cambridge in July – applications are now open. 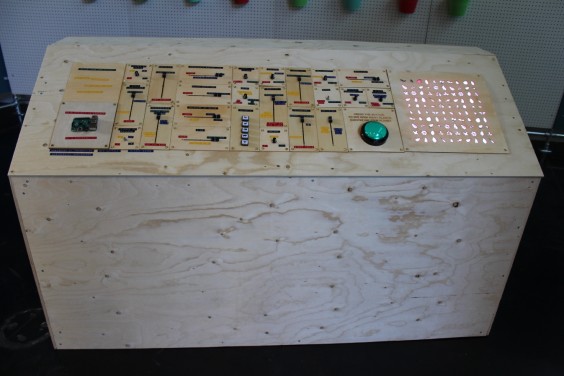 The planet simulator control panel, part of Raspberry Pi Foundation’s Neurotic Machines exhibit in the Build Your Own exhibition on display at Liverpool’s FACT – created by Rachel Rayns

The Pi PoE switch HAT is a power over Ethernet (PoE) add on board for your Raspberry Pi with additional power management features. Reduce the clutter of cables with Pi PoE!

Order yours today at http://PiPoE.net